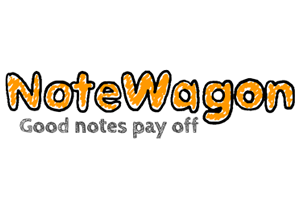 This evening Natasha (co-founder of StartupStats) turned to me while we were working on the site and said “OMG, you have to check out these memes coming from Northwestern!” Apparently her feed has become inundated with meme photos being generated by Northwestern students and it all started with a page created by the CEO of NoteWagon, an early-stage San Francisco startup. I heard from an AngelList status update that NoteWagon was behind the campaign and I immediately got the CEO on the phone to find out the story.

Saif Altimimi, NoteWagon CEO, started with a University in Canada and in 4 hours he had half of the school. He then proceeded to launch Facebook Pages for all the Canadian Schools. They then decided to open up with U.S.-based schools starting with the University of Michigan. Within hours the majority of the school was following the page. In under 48 hours, the network of pages has attracted over 120,000 and Altimimi tells me they’re preparing to launch CampusMemes.com in the coming hours.

Not surprisingly, many other people are now jumping at the opportunity to copy NoteWagon’s strategy, but Altimimi tells me that they still own about 80 percent of the pages. The most ironic thing of this story is that it isn’t as much about NoteWagon as it is about a clever marketing campaign that the company’s CEO came up with. I wouldn’t be surprised to see millions of college students interacting with pages.

While it’s not clear what percentage of the fans of these pages will convert into NoteWagon users, even a few percent would be a huge boost to the company’s existing base. What are the most clever marketing campaigns that you’ve seen early stage startups implement? Had you noticed the campus meme spreading?

Update Some Northwestern students apparently created the Northwestern page that I referenced in this post (as published here), but Saif Altimimi confirms that they started this meme over 48 hours ago starting with the University of Waterloo page.